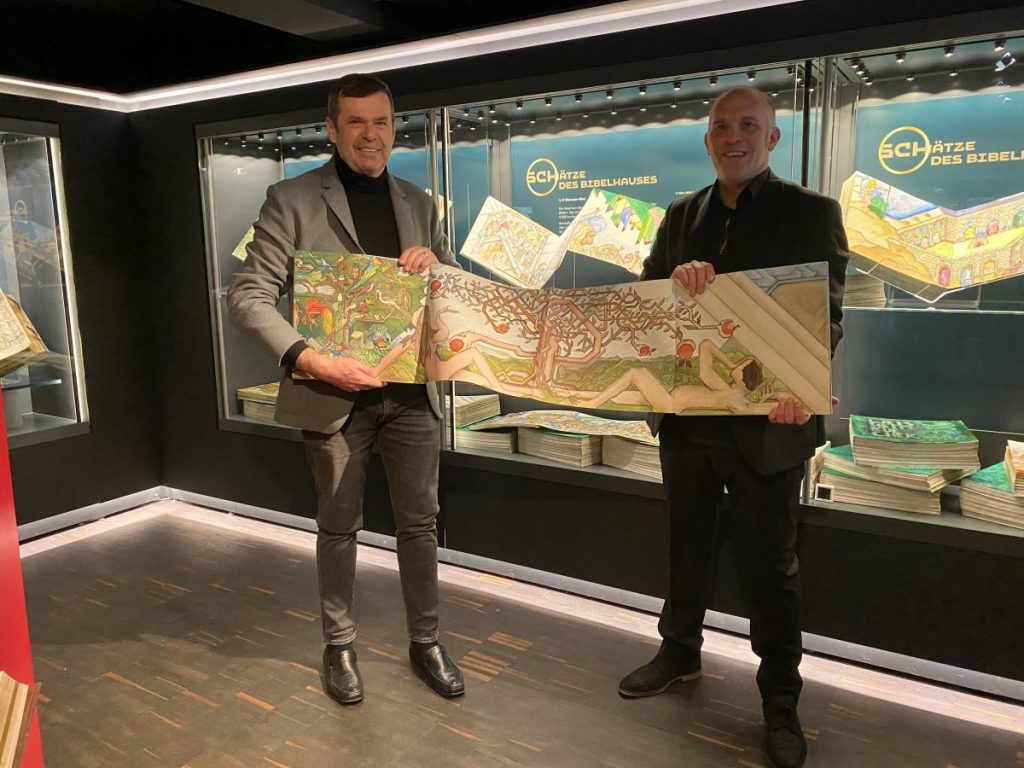 Special exhibition in the Bibelhaus Erlebnis Museum Frankfurt from February 4th to June 30th Frankfurt am Main. The special exhibition “Treasures of the Bible House” shows more than 40 objects from two and a half millennia from February 4th to June 30th. The treasures of the Bible House range from the described shard to the Bible in the Guinness Book of Records. Ancient script fragments from Egypt are also part of it, as is the so-called Mandela Bible from South Africa from the time of the struggle against apartheid. You can discover the complete Bible on a microfiche the size of the palm of your hand, the longest Bible in the world with many interactive elements and the tiniest Bible in the world on a nano-chip.

“There are many examples of how deeply the Bible shapes our culture and way of thinking. This treasure has to be raised again and again, ”says Veit Dinkelaker, theological advisor at the Bibelhaus and curator of the exhibition. “The ‘Treasures of the Bible House’ show such examples. From a magical blessing to a treasure trove of pictures and books for everyone. ”

The presentation with Ursula Trautwein on Tuesday, February 4th, 4 p.m. in the Bible House is about the so-called Mandela Bible. The bible with the incised outline of a pistol was placed on Winnie Mandela’s pillow by burglars as a death threat in 1976, during the apartheid period in South Africa. The Mandela couple had a close friendship with Ursula and Dieter Trautwein. Both were involved in the movement against apartheid. Dieter Trautwein, who died in 2002, was also chairman of the Frankfurt Bible Society for a long time and founded an exhibition on the Bible in Frankfurt-Eschersheim. On this occasion, Winnie Mandela gave the Trautwein couple the vandalized Bible from their house in Johannesburg.

One of the bibliophile treasures in the exhibition is a single sheet from a Bible by Anton Sorg from Augsburg, which he had printed in 1480. Another original is a Bible by the Basel cloth merchant, Falkeisen, which he had produced in 1688 by the Frankfurt printer Balthasar Christoph Wust. Bibles from 1820 and 1854 can be seen from the “Brönner’s printing works” in Frankfurt. Regular public tours on the topics and exhibits of the exhibition are part of the accompanying program.

The Bibelhaus Erlebnis Museum was opened in 2003 in a former Evangelical Reformed church. It shows the tradition, world and current meaning of the Bible with archaeological finds, thematic presentations and many hands-on elements. The sponsor is the Frankfurt Bible Society. The society was founded in 1816 as the oldest church association in the Mainstadt.

US students meet The Wiedmann Bible

Tour of world’s longest Bible in the works

The Wiedmann Bible illuminates 50 Monuments in the US